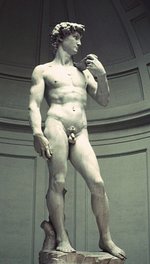 Something that I envy of American Universities is that they have flexibility in designing departments and courses. In Spain, the contents of a courses syllabus are up to the professor or the department, but the names of the courses themselves and the Universitys division in departments is fixed and can only be changed through a very slow and complex bureaucratic process. That's why most of the courses I took as an undergrad had empty names, for example English Literary Texts 1 (2, 3, ), so that the professors had more freedom in choosing the content. A consequence of that rigidity is that in Spain there arent Gender Studies departments. We work on Gender Studies, sure, but no one even thinks of starting the process that would officially create a department under that name (I suspect that by the time the bureaucracy was over, Gender Studies would be out of fashion). Professors associate in official research groups, but those remain invisible from the point of view of the students.

And now there is this new concept (new for me), Queer Studies. (Warning: I use "queer" in its technical sense of "people who are not heterosexual": I don't mean only "gay" and I am not using it as an insult)

Is the label Queer Studies useful? I once wrote a paper defending that Renaissance women poets should be studied alongside their male contemporaries, instead of keeping the token Women Poets lesson on the syllabus. I still think so, and it applies to queer artists. We study Michelangelo as the sculptor and painter of the best nudes of the post-Classic world, not as a predecessor of Mapplethorpe. We study Shakespeares sonnets because they are excellent, not because they were dedicated to both a man and a woman. It doesnt change the value of one comma in the Jane Austen canon to speculate that she may have been a lesbian.

Of course there are authors that are better understood in the context of their sexual orientation, or in the context of everyone elses attitudes towards it. But Im not sure there is really enough yet to establish courses on queer literature. Besides, undergraduates (and everyone outside academia) would get the impression that we arent interested in poet A or B because they are good, but because they are queer. And that isnt doing any favours to the poet or academia.

Having said that, I think that in a generation or so there will be very clearly established queer genres, of which we have the seeds today. A love story is a love story, no matter the gender of the protagonists. But there are some things that are inherently queer. The coming out story, for example. There is a novel genre, the Bildungsroman, in which someone goes from youth to adulthood, maturing in the process, and the coming out story is a subgenre of it. For example, Oranges are not the Only Fruit by Jeanette Winterson.

A second genre would be the gay-man-knows-he-has-AIDS-and-has-just-about-enough-time-to-say-goodbye-properly. All the examples I can thiink of are movies, not books. A connection to straight literature is the death haiku: classic composers of haiku could write detached, elegant compositions about facing death calmly, peacefully. Facing the perspective of your own death without fear and drama is not a very Western thing to do.

It will take about one more generation of very talented authors to make sense of these new tendencies. And it will be important that there are good, very good authors, so good that people without the least interest in queerness are interested in their works.